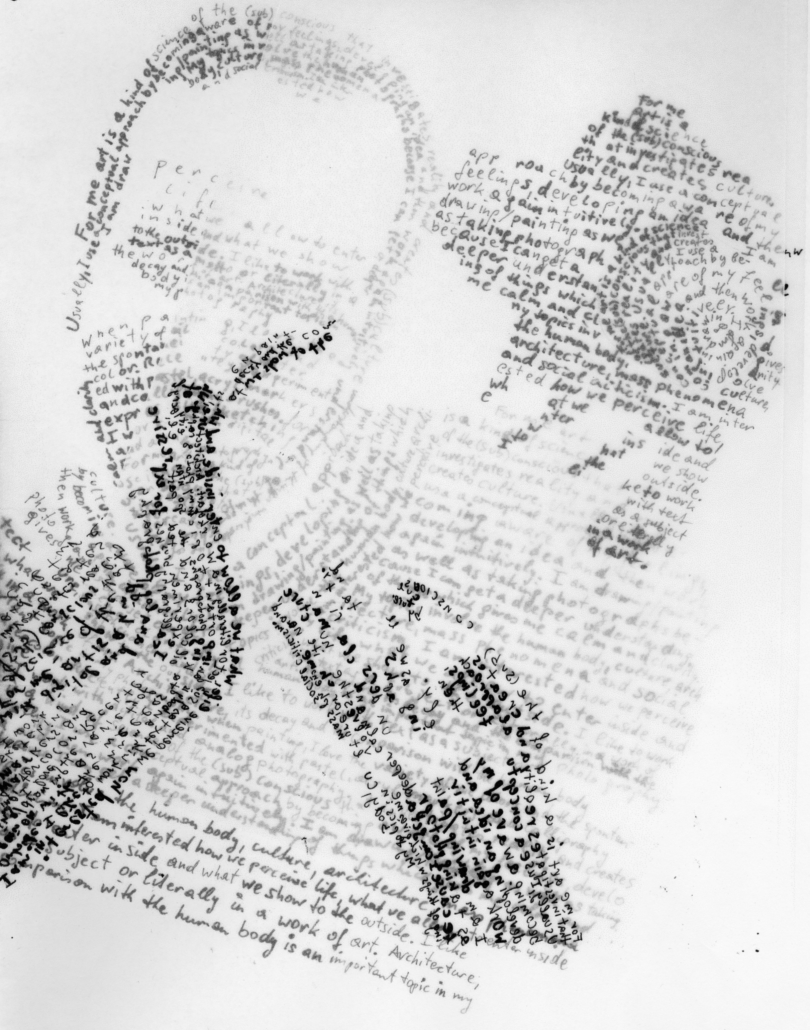 Christoph Uiberacker (alias Chris.Ui) was born in Vienna/Austria in 1972. After a study in Chemistry at the Technical University of Vienna, he focused on theory and worked for 15 years as a research assistant in theoretical chemistry and physics. Painting since his childhood days, he decided to concentrate on arts after a few years of teaching at a public school. In 2016 he started his study of Film/Animation and Comic at kunstschule.wien.

He works predominantly in the field of Photography as well as Film/Video. He paints with water- and oil colors, pastel, markers and calligraphy brushes. He likes to work expressively and on large formats, sometimes using both hands simultaneously.

His topics involve the human body, culture and society, and deal with space as a concept of home. This can be a real (architectural) space or a virtual one like public space.

Recent exhibitions show Video installations of his 6 variations of church together with his sculpture Drown or solidarity in a church. In this exhibition as well as in The gold of the West he used performances to question the role of art today. His photographs show Sci-Fi scenarios, discuss the Concept of power as well as compare houses and their illuminated windows to human psychology (Inside – Out) and decayed industrial architecture to the human body to question what gives “Character”. Crossroad Map uses a multi-perspective approach, combining photos of an object from many angles of view.

Chris likes to work with text and slogans, like in his Urban Alphabet. Furthermore, he plays with changing the weights of design elements when replicating a walkie-talkie or radio in porcelain. In a recent print project he uses social topics of the EU to design paper money.

This site uses cookies. By continuing to browse the site, you are agreeing to our use of cookies.

We may request cookies to be set on your device. We use cookies to let us know when you visit our websites, how you interact with us, to enrich your user experience, and to customize your relationship with our website.

Click on the different category headings to find out more. You can also change some of your preferences. Note that blocking some types of cookies may impact your experience on our websites and the services we are able to offer.

These cookies are strictly necessary to provide you with services available through our website and to use some of its features.

Because these cookies are strictly necessary to deliver the website, you cannot refuse them without impacting how our site functions. You can block or delete them by changing your browser settings and force blocking all cookies on this website.

We also use different external services like Google Webfonts, Google Maps and external Video providers. Since these providers may collect personal data like your IP address we allow you to block them here. Please be aware that this might heavily reduce the functionality and appearance of our site. Changes will take effect once you reload the page.